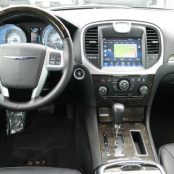 Airbags are now a common fixture in modern day vehicles, however, imagine if we didn’t have them in our vehicles, or if we did, what would happen if they were faulty?

An airbag is meant to absorb the impact and minimise injuries in the event of a collision, as it provides the driver and the passenger with cushioning before they violently collide with the front, interior surface of the vehicle. If the airbag is faulty, you will not have any protection in any future collisions, as there is a high chance it will malfunction and not deploy correctly, if at all.  Also, faulty airbags have been known to deploy randomly – even if you’re not involved in an accident!

The Driver & Vehicle Standards Agency (DVSA) released a product recall for 637 Chrysler 300C Jeep Wranglers, which were manufactured by Chrysler UK.  According to the report, the passenger airbags failed to deploy correctly. This fault affected vehicles from March 10, 2008, to December 3, 2013, and then this recall was issued in March 2018.

The issue described in the recall was a fault with the propellant in the front passenger airbag inflator (PAB). Specifically, over time, the propellant could degrade and in turn, cause fragments of metal to pierce through the airbag and into the vehicle at a high speed. In the event of the airbag actually deploying, this would cause serious injury to those sitting in the vehicle.

Therefore, if you are unsure if your vehicle is part of this recall, please take it to the nearest Chrysler dealership, and they will help you confirm.  If unfortunately, your vehicle has this issue, Chrysler will replace the inflator assembly at no cost to you.